Standing on the Par 3 17th tee in the final round the Irishman held a commanding two stroke lead   over Andy Sullivan and not a bookmaker in the world would have laid a bet against him winning again in what appears to be his favourite spot in the world. Yet with a swish of his club McIlroy hit what was possibly the worst iron shot of his career and, as his golf ball headed inexorably for a watery grave, the result of the championship was blown wide open again. A somewhat chastened McIlroy headed to the drop zone, which still left him 142 yards from the pin, and the need to get up-and-down to limit his loss to a shot. It is in exactly those circumstances that the make-up of a champion comes to the fore and so it proved. Despite his recovery shot not being of the highest order Rory proceeded to hole an outrageous putt, which was all of 40 feet, to maintain a slender one shot lead with just the final hole remaining. When Sullivan missed the fairway on the par-5 hole it was all but over and with both players securing pars McIlroy brought a difficult season to a satisfactory close. “It was the best bogey of my career and probably the longest putt for a bogey and it couldn’t have come at a better time,” was Rory’s comment afterwards as he collected total prize money for the week just marginally shy of an astonishing 3 million euro. McIlroy now puts his clubs in the garage and sets out to enjoy a well earned winter break. Rory’s third Race to Dubai title means that only Colin Montgomerie (eight), Seve Ballesteros (six) and Peter Oosterhuis (four) have won the Order of Merit on more occasions.

McIlroy’s plans were upset earlier in the year when he ruptured a tendon in his ankle playing football with some friends which was not the brightest thing to be doing you might think. The biggest disappointment was that he could not defend the Open title in July which he had won the previous year at Hoylake. In addition his enforced absence allowed both Jordan Spieth and Jason Day overtake him in the world rankings but I have little doubt that McIlroy can regain his supremacy in the coming year – a year which promises some exciting golf as these three golfers strive to outplay each other in their scramble for the top spot. Indeed that exalted spot is not limited to just those three as, waiting in the wings and ready to pounce, are Rickie Fowler, Justin Rose and Bubba Watson and possibly others.

Talking about the world rankings McIlroy was quick to refute any suggestion that his win should be taken as warning to either Spieth or Day that they should watch their backs. “My goal was to win the Race to Dubai and a tournament before the end of the year. It has been a struggle at times but to finish like this is fantastic,” he said, before adding, “You can’t be complacent, I had a big lead in the world rankings and you see Jordan and Jason playing the way they did. Fields are so deep you can’t let up at all.”

In addition to his ankle injury McIlroy got food poisoning in Shanghai during October which caused a weight loss of over six kilos and he is now looking forward to a break and getting his body back in fine fettle for the coming season. “I want to get strong again as I haven’t been able to do as much in the gym as I would have liked during the past few months,” he explained, adding, “I now have eight weeks when I don’t have to play golf and I don’t have to worry about being sore.”

Rory expressed great optimism about his future saying, “The next 10 to 15 years is my time. I really can’t be doing silly things like playing football in the middle of the season to jeopardise even six months of my career. It’s a big chunk where I could make some hay and win a major or two. I won’t be making those mistakes again next year.”

Golfing fans the world over cannot but feel excited by what the coming year promises and the renewal of the exhilarating rivalry between the top-3 golfers in the world which begins in earnest at the Masters next April. What a mouth-watering prospect lies in store. 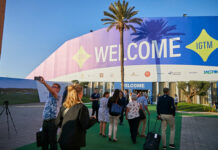 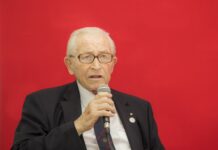 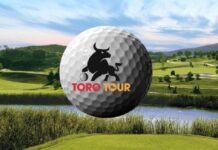 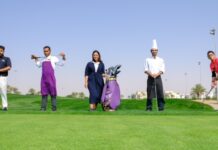