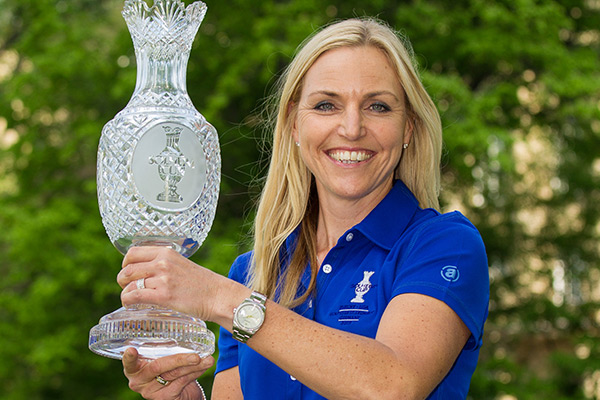 Carin Koch has been appointed as the Captain of the European Solheim Cup team that will attempt to secure a third straight victory against the United States of America in the 2015 match at Golf Club St. Leon-Rot in Germany. Here she discusses how she is approaching the role.

When you were contacted about this position, what was your reaction?

I think just pride. I was proud to be asked and excited and a little scared, maybe! It was an easy decision to make, to accept.

Why were you scared?

I know it’s a lot of work being captain as I was a vice-captain in 2013. There was not that much work but I know that Liselotte Neumann did a lot of work leading up to the event, so it is something you’re not quite used to, something out of the box, but we’ve got to take those challenges and enjoy them.

How did the experience of being a vice-captain help you?

It will help a lot. I think I learned a lot. Just knowing what goes on behind the scenes and what it takes to put the team together. Lotta did an excellent job so it was good to learn from her.

You have been a four-time player. So what makes a good captain in your opinion?

I think many things. It’s very important to create a good atmosphere in the team room and just have a lot of fun together. It’s a long tough week but it’s a very, very fun week, so you have to make sure everyone is happy and everyone gets what they need and can prepare for the week the way they want to prepare but also to change a little bit because you are a team. It’s not the same as every other week. You need to see individuals and what they need but also put the team together.

Where does the strong history of Swedish captaincy come from?

I guess just from a lot of Swedish players having been on the team before and just going down the list. We’ve had a lot of us playing and it’s a great tradition. We have a lot of good golfers in Sweden and it started with Liselotte winning the US Open in 1988 and then of course Annika playing so well for so many years. It’s a good tradition of Swedish players, I guess.

Why does The Solheim Cup mean so much to you?

It’s very special as a golfer and an individual athlete to play for a team because we don’t get to do that very often. You have the team supporting and it’s a really different week. You are also playing match play, which is a lot of fun for us. It’s special as there is so much pride in representing Europe, representing your country and your continent. It just brings out so many emotions and makes it extra fun.

How exciting is it to be in Germany?

It’s exciting to be right in the middle of Europe. I’m really hoping we’ll get fans to come from all over Europe. It will be easy for the Swedish fans to come to Germany and also from the British Isles and I hope all the German fans will come as well and we can inspire them about golf.

It’s very special for the juniors to be at the same competition and to be able to interact with the professionals. It will be a great opportunity for them to see what the event is all about. For my team, we will be able to go out and support the juniors and for the fans that are there, they can watch both the practice of The Solheim Cup team and watch the juniors. It’s ideal really, to have it in the same place.

How important do you consider the support of the German sports fans?

Oh, very important. When we go over to America, they are very loud over there and that is always the battle on American soil. In Colorado we managed to win by getting the crowds to be very quiet because they didn’t have anything to cheer about really. We really need the German fans to come out and hopefully they will have a lot to cheer about. We need them to be loud and we know that they can be because the delegation from Germany that was in Colorado were very loud and helped us to win there, so it’s very important that they all show up.

You’ve played in The Solheim Cup and been a vice-captain. Is it easier playing or being a captain? You have less control as a captain: you send your team out. How is that experience going to be compared to playing?

What did you learn from being a vice-captain in Colorado?

You had a sneak preview of the venue. What did you think of the golf course and the facilities at Golf Club St Leon-Rot?

It’s absolutely wonderful. The golf course is really, really nice and I’ve only heard good things about it before I actually saw it. The venue will be amazing for the teams and the spectators.

Do you see any role for Liselotte Neumann this time as you served under her in Colorado?

We are going to wait and announce the second vice-captain a little later. I really don’t know right now what the rest of the team is going to look like but my feeling is that Liselotte will be quite happy standing on the first tee and screaming ‘Go Europe!’ I think that’s the role she wants to have, but we’ll see. A lot can change!

Many people described Liselotte as a laid-back captain. What’s your style of captaincy?

I’m going to be very tough. I’ll try to be as relaxed as I can. If I don’t feel relaxed I’ll try to appear relaxed in front of the players. You don’t need a stressed out captain running around. I’ll definitely try to follow Lotta. I think she did an excellent job as a captain and being so laid back and relaxed about things, I think it’s really important for the team so I will try to be as relaxed as she was.

Carin: do you see yourself spending a lot of time in Germany over the next 18 months?

Yes, probably! I’ll do anything I can to help support this event and make sure that the Germans know what’s going on and bring the people here. If I can help in that, I’ll be here. I’ve just got to learn some German.

Do you know the US captain Juli Inkster personally?

Yes, I know Juli and I’ve played with her many times. She’s been a bit of a role model for me actually. She has two daughters and she played on tour as a mom. I have two sons that are a little bit younger than her daughters so for me, Juli was always a role model in that she chose to have a family and play golf as well. She’s a great person: I really like her and Pat Hurst, who is her vice-captain, is one of my best friends, so I know them well. She won’t be my friend that week! 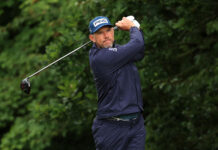 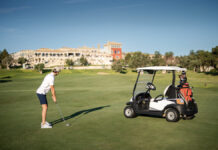 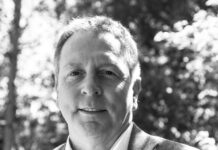 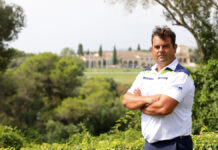 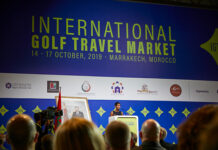 IGTM In Wales postponed and announces IGTM Links for 2020 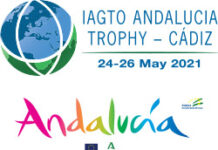 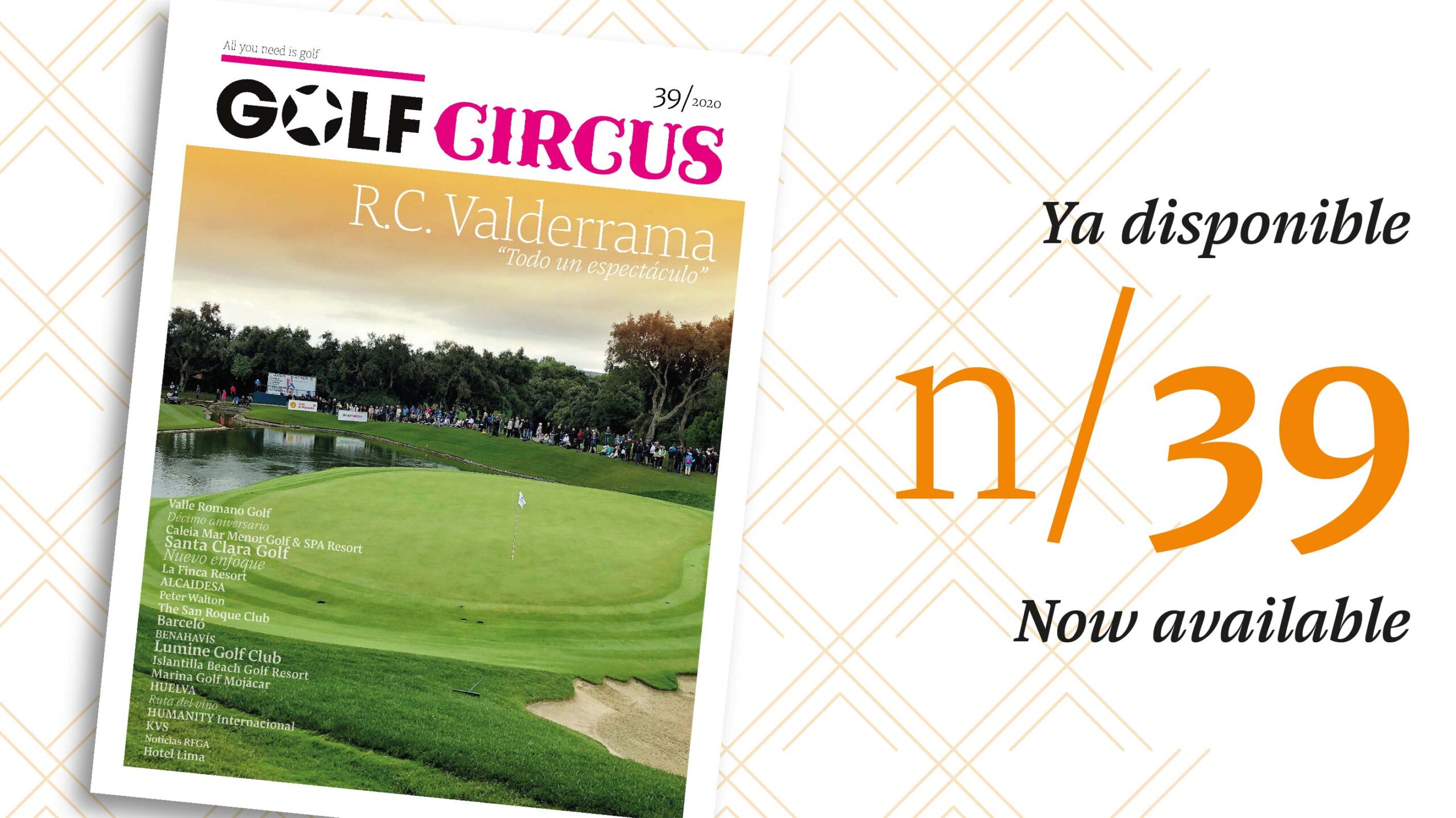